Bill Gates was born on 28th October, 1955 at 10 pm in Seattle. The most interesting thing about his birth chart is the placement of the South Node (Ketu) in the 11th house. The 11th house is the house of income and Ketu’s job, in general, is to detach a person from the house it sits in.

And so you’ll imagine that people with this placement will most likely struggle to get a regular flow of income going or will have a strong tendency to give their money away to help others. It’s no surprise that Bill Gates has donated more than $27 bn so far, which more than the GDP of Iceland, making him the most generous man ever.

Ketu is a karmic planet and I sense a past-life connection in his life. He dropped out of college to start a computer company right at the beginning of the 7 years time period of Ketu in April 1975.

I’ve seen it with many people that anything dramatic they do, they do it in the time period of the Nodes (Rahu or Ketu), and maybe there are unfulfilled desires from past lives that make these people take such steps. So he spent the next 7 years during Ketu's time period building Microsoft from scratch. I read somewhere that he went through every single line of code and never took a day off. 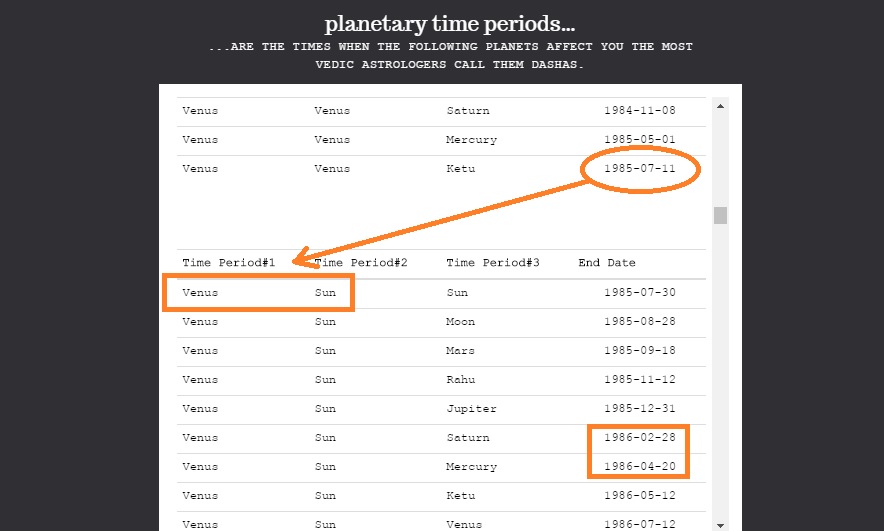 Both these planets are well placed in his birth chart and they indicate a rise in career, fame, money, and leadership. And it was in March 1986 that Microsoft went public and he soon became the richest man in America.

Bill Gates is a Cancer ascendant making him #4.

In my article 101 astrology tricks, I had mentioned that people who are #4 should take their time to get married and so I googled his date of marriage and found that he got married on January 1, 1994, when he was 38 years old. People who are #4 have Saturn ruling the house of marriage so it is always a good idea to wait at least till Saturn returns. 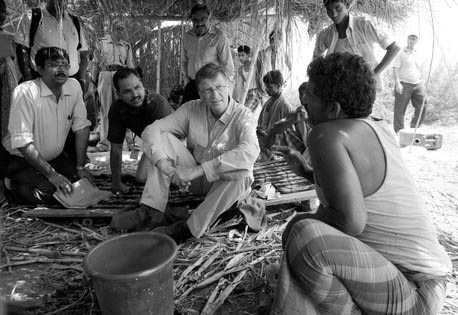 It was during Sun's time period from 2002 – 2008 that he was became one of the most influential men on the planet. In 2006, he decided to step down from his daily activities of Microsoft by 2008 to focus full-time on social work. 2008 also coincides with the end of Sun’s time period. He built his company during Ketu’s time period, earned a lot of money during Venus’ time period, and gained a lot of power and authority during Sun’s time period. He’s currently going through the time period of Moon, which is sitting in the 9th house and in the sign of Pisces, which indicates learning new things and solving problems. But I believe it is his Ketu’s 11th house placement that has driven him towards philanthropy. Do you know Angelina Jolie shares the same placement of Ketu, she also has Ketu in the 11th house and in the sign of Taurus :) please Google “Angelina Jolie's charity work”

You can check out your Vedic Astrology birth chart at this link. Thanks for reading.