He was born 24th May 1941, 9 05 pm at Duluth (MN). So let’s jump right in and see what makes him so talented. A little confession before I begin, I played "Mr Tambourine Man" on repeat while I was writing this article.

As you would imagine with anyone who is an artist that he/she have a strong Venus placement. In his case, Venus is placed in the 7th house, which is the original house of Venus. And it is in the sign of Taurus, which is again ruled by Venus, but more importantly Taurus is associated with voice and throat - really cool! On top of that he has Sun, Jupiter, and Mercury sitting close to Venus in the same house. 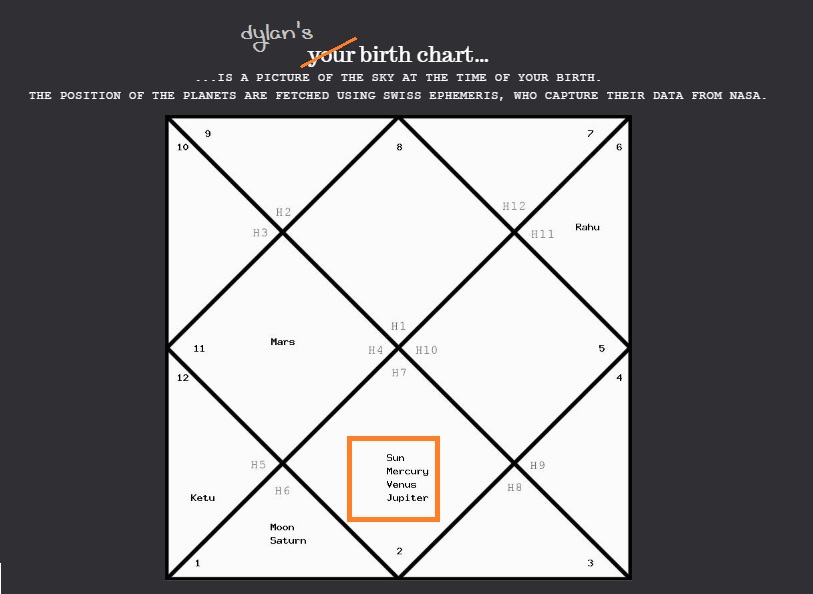 Sun illuminates his talent (Venus), Mercury gives him a sense of timing, and Jupiter gives him the gift of knowledge & imagination. I am sure you won't find it surprising that he wrote of a lot of his songs, he recently won a Nobel prize for literature, which is a very Jupiter thing. More on this later.

What changed his life?

When I am writing an article on a famous person, I am always a bit unsure of their time of birth. But in his case, I think I hit a jackpot. His birth details are marked "AA" for accuracy on astrodatabank. And I was able to accurately map an important date in his life. He premiered his song ‘The Times They are A-Changin’ on 26 October 1963 that coincides exactly with the beginning of 18 years’ time period of Rahu. 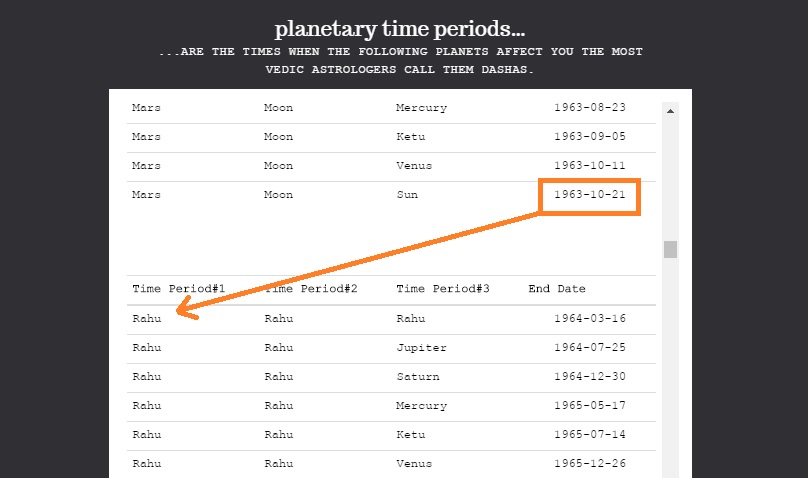 I’ve seen it with many people that anything dramatic they do, they do it in the time period of Rahu. Rahu is perhaps the most giving planet and its time period takes people to heights never seen before. It was not just a song that changed his life; it was also a call for social change that became a revolution.

Rahu is even more relevant in his case because it is sitting in the 11th house, which is not only the house of income but also the house of hope, wishes, and desires. Just a word of clarification, even though Rahu is a giving planet, it loves drama and so you may be going through the time period of Rahu and might be experiencing a low point in life but just wait for it, you'll suddenly find an opportunity that changes everything - that's Rahu, hope you get the picture.

The secret life of Bob Dylan

There have always been question marks over his personal life. He has a history of broken marriages and alleged children outside marriage. It’s safe to say that even at age of 76 his personal life is in dark waters that is pretty much a #8 characteristic - they always have their personal life hidden away. (you can find out your #number in this article) 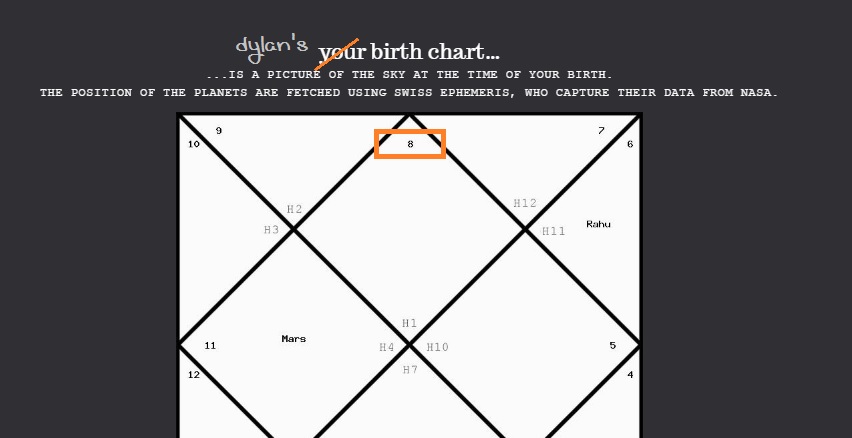 His lack of charm :(

I read many reports on the internet about his lack of affection for people. So I looked at his birth chart more closely and noticed that he was born when Moon, Sun, and Saturn were in the Nakshatra of Krittika. The presence of Moon & Sun, in particular, in this Nakshatra has a profound affect on his personality. 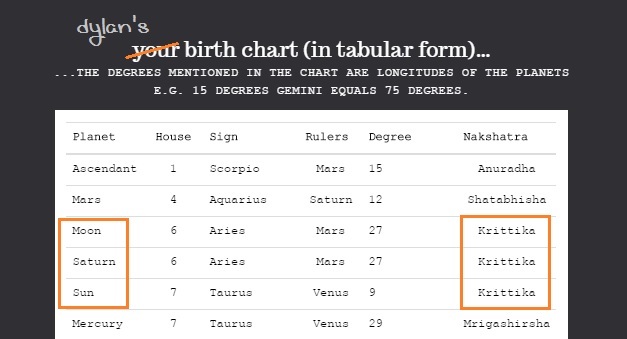 So, people born in this Nakshatra are quite straightforward and they are perhaps the most stubborn and self-centered. One article from the 1980s mentioned that he is too stuck "being Bob Dylan". His lack of enthusiasm after the winning the Nobel Prize doesn’t help his case. I think he also quit a photo op with the President & his wife upon winning the presidential Medal of Freedom. Anyhow the World will always remember him as the greatest musician of all time.

That’s it folks! if you want to know what your birth chart has to say about you, please enter your birth details at this link. Thanks for reading.