So like many of you, I grew up watching friends. And even though I’ve seen all episodes many times, every now and then I put on an episode and it still cracks me up. One day it struck me to run the "real" birth details of each one of them on farfaraway. And this is what I found - you are going to love the role Venus has played in their lives.

So, what does astrology say about F.R.I.E.N.D.S

He was my favourite by far. More than his words it was his body language, wasn’t it? I think I owe my sense of humor to his character. I was lucky to find his birth details on astrodatabank (he was born 19th August 1969 at 4 47 am in Massachusetts) and ran it on farfaraway. I was expecting him to have a very strong 3rd house and a 3rd sign (Gemini) placement – both of which are connected with communication. 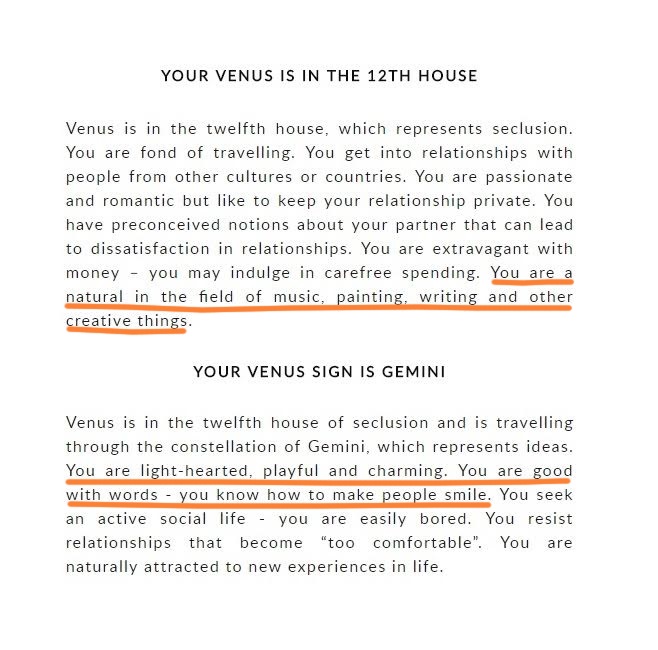 Guess what! He has Jupiter in the third house and the description on farfaraway says he's extremely smart, witty, and cheerful. But what sets him apart is Venus. His Venus sign is Gemini, and since Venus plays the most important role for an acting career, this is a real jackpot. Look at what his Venus’ placement say about him. Not only Venus in Gemini makes him extremely charming, and playful with words but also Venus is in the 12th house makes him a natural.

It says: "He knows how to make people smile" - Sounds about right, isn't it?


I also noticed he is a Cancer ascendant that makes him number #4 (read more on this here) that makes a bit emotional, having a roundish appearance, and someone who shouldn’t get married early, which kinda fits, no?

Did you know? Chandler, the character, was born sometime in April as references made about his birthday in friends. I’ll tell you later how I know this.

Rachel was born on 11th Feb 1969 at 10 22 pm in Los Angeles. So she was probably the best looking co-star, wasn't she? The two most attractive people in the world are either #5 and #7 - #5 are more of a head turner whereas #7 are just beautiful. So which one do you think Rachel is? Of course #7 – that means she is a Libra ascendant ruled by Venus. And her acting career is all about Venus which is placed in the sign of Pisces, which makes her a natural just like Chandler. And since Venus is sitting next to Rahu it further enhances her creative ability. Another interesting thing is the placement of Saturn in the 6th house, as per trick #14 – these people are either involved in social service or hospitality. It is no surprise that she been into social service for quite some time now.

And if you look at her time periods she was going Venus’ time period at the beginning of friends in 1994 and later transitioned into the time period of Sun from 1994- 2002, which is when she was recognized for her work. I’ve never heard anyone going through a time period of Sun and not getting noticed for their work. Check out which time period are you running at this link

Did you know? Rachel mentioned in one of the episodes that her birthday was 5th May. And I said I’ll tell you about Chandler’s birthday, so do you remember that episode where everyone was planning a surprise birthday party for Rachel a month in advance. And Rachel said “thanks guys, but Chandler’s birthday is before me” so definitely Chandler was born somewhere between 5th April – 5th May – so yeah! I’ve been watching friends too much.

Joey was born 25th July 1967 at 4 18 am in Massachusetts. He may have portrayed a dumb character but his birth chart suggests he is extremely smart. And just like Chandler, I was expecting him to have a very strong third house and third sign (Gemini) placement. So let’s talk about his Gemini placement. He has Gemini in the first house that makes him #3 – they are ones who love to talk and you never feel bored in their company. And he has Mercury sitting in Gemini making him probably the wittiest amongst all of the friends but also a bit of a scatterbrain. 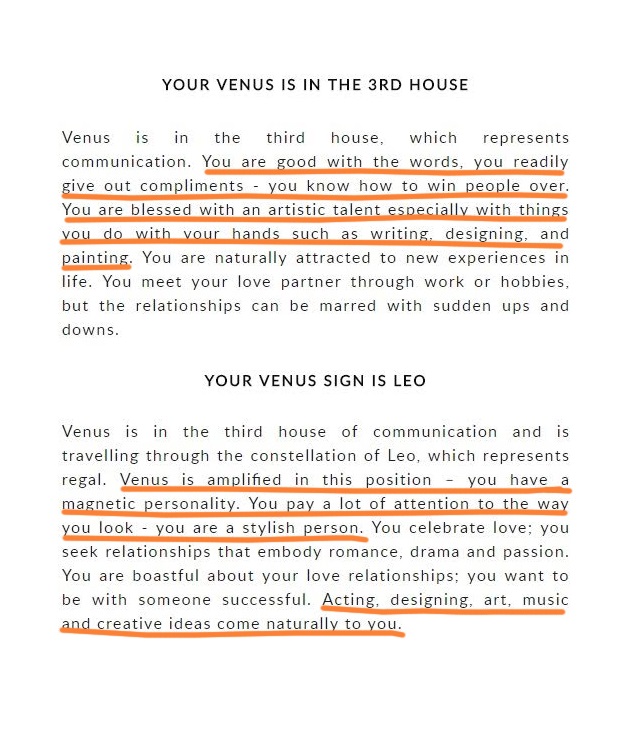 Did you know? Joey’s birthday was never referenced in any of the episodes or even celebrated – perhaps his character was naturally so attractive that the makers didn’t feel the need to throw a spotlight on him

What do Chandler & Joey have in common...

Both of them have Saturn in the house of Career and both of them started their career with friends in the time period of Saturn. So despite their cheerful characters and natural ability, they would have worked really hard at their craft because of Saturn.(more on this, check out trick #16)

Phoebe was bor on 30th July 1963 at 4 37 am in Encino, California. She is an another one with a very strong third house and third sign (Gemini) placement. She has Rahu in the 1st house in the sign of Gemini that makes her #3 just like Joey. But Rahu makes her a bit unconventional. And she has Mercury in the third house that makes her extremely witty. But she doesn’t have the most gifted placement for Venus, which was extremely well placed for Chandler, Joey, and Rachel. Her Venus was placed in the 2nd house in the sign of Cancer, which is an ok placement but since her Venus was sitting next to Sun that did give her creative ability some impetus. She started her career with friends during the time period of Mercury and it’s safe to say that Mercury has played an important part in her life.

Another interesting thing about her birth chart was the placement of Ketu in the house of marriage. In general, I’ve found people with this placement finding it difficult to find the right person but Phoebe is an exception and she’s been happily married since 1995. And since she did spend the early years of her marriage during the time period of Ketu, I sense a past-life connection in her marriage, although I try not to talk about past life in astrology, but I am making an exception in her case.

Did you know? Phoebe, the character, mentioned she was Feb 16th to her half-brother Frank jr in one the episodes.

It was difficult to find an accurate time of birth for both Monica and Ross. But I did run their birth details on farfaraway. In such cases, I plug in the time of birth to be 12 noon and I only study the placement of signs and not for houses, which are mapped to the exact time of birth. It was no surprise for me to see Monica having Sun, Venus, and Rahu all in the sign of Gemini making her extremely talented, but not necessarily as gifted as Chandler or Rachel. Ross, on the other hand, had Sun, Venus, and Ketu together that did indicate a natural talent but not as extraordinary as others. I would have loved to study their birth charts in more detail had their birth times were known. If you know their birth time send it to me and I’ll have a go.

Did you know? In one of the episodes Ross mentions his birthday to be in December but later in one of the episodes in season 8, he says his birthday is on October 18 – so that just means I've been watching friends quite closely! And Monica mentioned in an episode in May that she is 25 years & 13 months old so based on that she was born between April to March close to when Chandler, the character, was born.

So, who was the best?

Lastly, if you ask me, who amongst the 6 FRIENDS was most likely to make a big name (without me knowing who I was reading), I would have picked Joey – hands down. Joey has Venus in the sign of Leo and in the third house of communication, which is a really powerful placement - and perhaps that’s why he’s the only one to carry his character forward in his TV series – “Joey”

Thanks for reading :) You can check your astrology story at this link